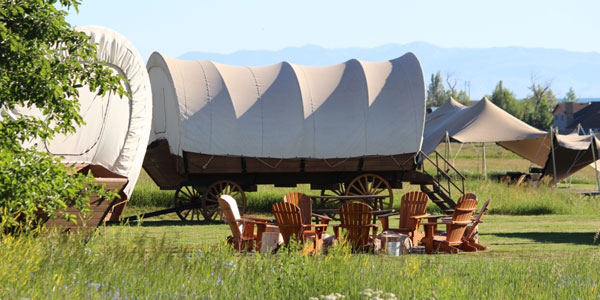 North Dakota glamping  and other destinations on our site feature Shepherd’s Wagons. Their history is what you probably know, but here is a bit more.

The shepherd’s wagon (or shepherd’s hut) was, since the 15th century and into the 20th Century, used by shepherds during sheep raising and lambing, primarily in the United Kingdom and France. Shepherds wagons are still in use today, but primarily as glamping accommodation

The Resort at Paws Up
Montana - TENTS